With an experienced team of purchasing and sales people, and a network of associates and business partners located throughout the World, Pinheiros sources machinery for stock and for specific client-led demands, from end-users, agents, banks, finance houses and re-sellers.

In 2012, Pinheiros moved to a brand new purpose-built head office facility complete with secure warehousing in Ossett, Wakefield – part of the company’s continued vision to meet the evolving needs of the business and its clients. 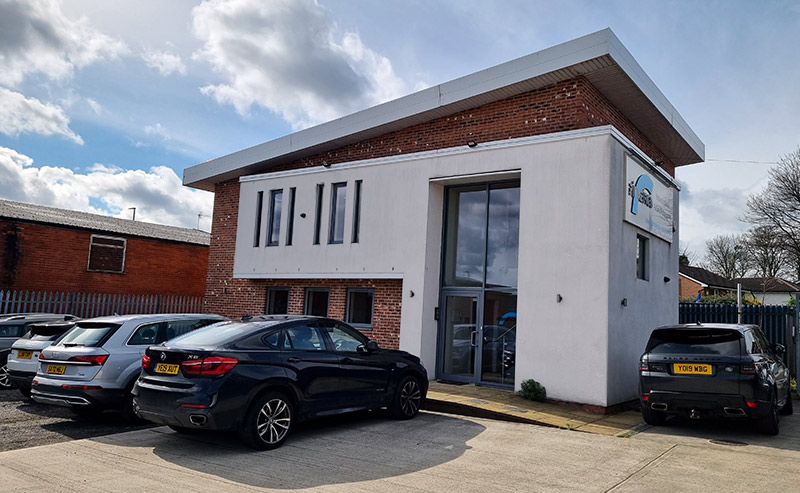 David has 20+ years of experience within the world of pre-owned printing machinery and is recognised throughout the industry worldwide as a leading authority.  He manages Pinheiros’ key accounts, primarily in the Far East, which involves extensive travel as well as working closely with the purchasing team, in the identification of future sales requirements.

Before joining Pinheiros in 2000, David worked as sales director at Wayne Graham Machinery, where he developed a highly respected commercial knowledge of re-sale values of printing machinery, which sees him valuing presses for agents of many of the major manufacturers throughout Europe including Heidelberg, Komori, Man Roland, Mitsubishi and KBA.

Julian joined Pinheiros in 1999 with the brief of developing new markets both in sourcing and sales and has been particularly key in the company’s growing involvement in India, South America and Eastern Europe.  He manages a team of multi-lingual purchasing executives, all tasked with sourcing machinery within their European territories.

Julian has also developed an unrivalled expertise in the highly important area of export and import logistics, working with a base of key suppliers to ensure that the high value machinery bought and sold arrives safely and on time at its destination.

David’s background comes from 30+ years of experience working in the retail sector in management roles for a number of blue chip brands. He was also instrumental in the growth of an independent brand that was ultimately acquired by a major retailer.

This clear financial vision and support enables the sales and purchasing team to work to its maximum efficiency.

Martin joined Pinheiros in 2009 to head up a new joint venture, Pinheiros Post Press, a company specialising in the purchase and sale of used post press machinery as well as heading up the marketing function of the Pinheiros companies.

In the late 1990’s Martin worked with fellow Pinheiros director David Pickup at Wayne Graham Machinery for five years before moving into the world of advertising and PR, becoming managing director of one of the UK’s leading marketing services agencies.

Five years on and the Post Press division of Pinheiros has enjoyed continued growth, selling 80+ machines per year to numerous countries, across the World

After spending two years working with the Pinheiros team in The UK, Monika moved back to Poland in 2011 and opened the company’s Poland-based office, in a strategic move which has enabled her to spend more focused time with her growing customer base.

Monika is principally responsible for purchasing and sales of machinery from Poland, Slovakia, and Czech Republic where she continues to develop her knowledge and contacts

Jade joined Pinheiros in 2012 and is responsible for a number of key functions within the businesses.  She has overall control for all of the logistics, shipping and transport for both Pinheiros Corporation and Pinheiros Post Press, ensuring that the 100+ machines are loaded, transported and delivered succesfully.  In addition, she also oversees the management of the company’s client and machinery databases, vital in matching up ongoing requirements and availability. 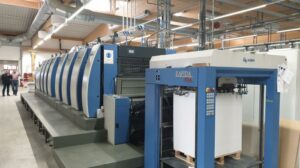 Pinheiros are very proud to supply used printing and finishing machinery from the KBA group. KBA or Koenig and Bauer Group, to give them their full 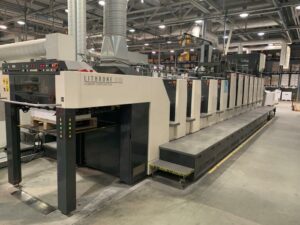 In this article, we take a brief look at the history of Komori, one of the leading figures in the print industry. Komori is a 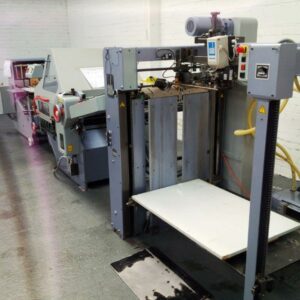 Pinheiros Post Press is breathing life back into quality post press machinery from its premises in Ossett, Wakefield.  Recently the company purchased a 1999 Stahl 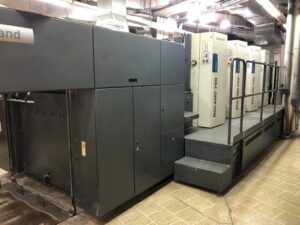